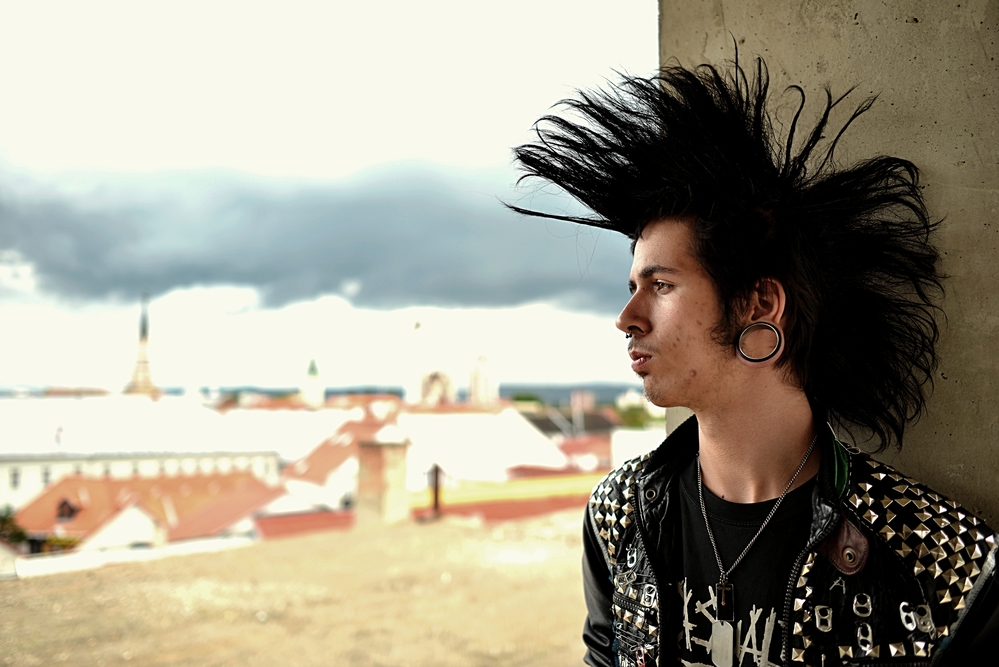 Before I get started, I want to thank everyone who got back to me about the last post, I really appreciate the support and feedback. This is not me telling you that you should do things the way I say. Sure I haz skillz, but it’s more important that I listen and share, so your feedback & engagement is really important for everyone.

If I say “the best way to do x is y”, I want to hear about successes, of course, that makes everyone feel good and it helps us build a ladder up which others can climb.

But I also want to hear when things don’t work because that’s where the real magic happens. These are the clues to what’s holding us back. So .. if there’s something you want to say, hit reply and say it.

I’ve been doing this (marketing) since about 1980 so I know something about taking someone from where they are to where they want to be.

In the last email we went through the Hollywood launch, how to turn your art into an event, how to cycle like a rock star, and how that helps you generate the publicity and inbound links that get you higher in search, where you’ll enjoy ongoing free but profitable website visitors.

So that’s nice. Let’s talk today about fans and leadership.

First of all, everything you think you know about leadership is probably bollocks.

If you think there are some magical leadership qualities (that you haven’t got), Greta Thunberg is my kryptonite for that.

What was that? “That you haven’t got.” That’s you being held down, that is. That’s the establishment telling you to stay in your place. (I’m a marketer, I see how these messages are shaped and distributed.)

First of all, leadership is everywhere. Everyone can lead their own slice of life.

Alright, let me get straight in.

A group is a bunch of people who share something. A leader is someone who exemplifies that thing and turns it up to eleven. That’s the crux of it.

Thunberg. Gifted with Aspergers, her superpower. Stood up for a value, took the extra step, started a worldwide movement.

I love what she’s doing, I say that because I don’t agree with what my next examples stand for but they are great examples of new leadership: Tommy Robinson and Boris Johnson .. where turning it up to eleven means when they go to prison, it only makes them more powerful in the eyes of their followers.

I’m not suggesting you go to prison for your art. Mandela did though.

I’m asking .. what do you care about? What is at the root of your art?

About fifteen years ago these questions of leadership were rattling around in my head and I happened to take part in the Spencer Tunick installation in Newcastle Upon Tyne .. here’s a bunch of stuff about that in case you don’t know his work (warning, contains nudity) https://www.google.com/search?q=spencer+tunick+newcastle

I was wondering, who are my people? I sat & thought. It’s not religion. Or politics. I was vegan for a while, that wasn’t it. The thing that’s been with me pretty much forever was feminism. OK. Well, I’m a guy, so I hardly think women need my leadership.

When I went back to the Baltic art gallery in Newcastle along with others who took part to hear Tunick speak and collect my free photograph, people talked. We shared our experiences. And I realised. These are my people. At last. People interested in art, who are willing to take a risk and do something different, aren’t stuck up about their bodies and they can laugh at themselves.

So I guess, thinking about it, that’s why I’m here, putting myself out as a ‘leader’, trying to help there be more art in the world and trying to get people to engage more with art.

And there’s the question. Why? Why are you doing this?

Your why comes from your past.

(Your past is your unique story. Your battle. Your journey to here.)

Your megaphone is your future.

But at the root of it all is Why? Answer that.

Now, being a leader in something doesn’t contain you. I love Richard Stallman, he stands for absolutely no compromise that software should be free (as in freedom). But he also enjoys folk dancing and chinese food and he’s not a leader in either of those things.

And I’ve just signed up for Helen Pritchard’s masterclass. As she says, she could teach and talk about all sorts of marketing techniques. But she “leads” on getting enquiries through LinkedIn (which may be how you and I connected).

I’m going to write again about how to convert ‘traffic’, ie. website visitors, into buyers. But before that, I’ve a confession to make.

If you want to design the next far-right flag, I’m not in support of you. I don’t want you to know this stuff. That’s one reason I mentioned Tommy Robinson above, and veganism and feminism. I want to support people with a similar world view to me, and not support those who would build walls and divide us .. hopefully those people have now left this conversation.

To be for something, you have to be against something.

And here’s the final thing I want to say about this. If I stand for, I don’t know, banning fracking and I meet you and you also stand for banning fracking, then I’ll tend to want to support you because we have a shared goal and also we have some shared experience to talk about. If I discover that you’re out protesting and getting locked-on and putting yourself at risk and your life on hold, if you’re turning it up to eleven in a way that I can’t or don’t want to .. I’m going to support you. Because you’re doing what I want to but daren’t or can’t or don’t want to pay the price of .. you’re leading, and I’ll support you. You’re building the world I want to live in.

My partner told me the story just last night of an arts event where she was helping on the desk and there had been an error with ticketing .. more tickets had been sold than spaces available. So it was all a bit fast and fraught, but everyone was going to get in. One guy and his daughter came to the head of the queue and she explained and asked him to stand ‘over there’ while we batched people in, and he said to his daughter in a sarcastic voice “oh, we’ll just go and stand over here then shall we?” Now, this guy is well known here, has a strong following and a good reputation. But not with my partner. This happened probably ten years ago and it’s like it’s happening right in front of her. She’s got his number! “Egotist, thinks he’s above everyone else!” Absolutely won’t be shifted. He’s spent his life doing what he does, but for my partner, she got him boxed-in in ten seconds and she’s spreading the word.

And that’s just how it works. We’ve evolved so that we can judge people quickly, for our own safety, perhaps on the flimsiest of clues.

So here’s the nub of this whole email. Work out what you are for. Make that clear and up-front.

Then people who want that will see that first and they’ll put you in the correct box.

If they want that, they’ll follow you and support you.

And if you lead, they will follow you more.

And that’s how you get a loyal following of people who will come to your exhibitions, wear your t-shirt, share your work and buy your stuff.

I’ve been working out how to make this real, what is the first step. Have I shared this with you yet? http://johnallsopp.com/

I’m ready to apply this to art and artists. I’m here to uncork you (if you’d like that, consent is everything, obviously 🙂 ).

I’ve talked in fairly scary terms, I’m not proposing you go to prison. And if you are terrified of what you might do if you were unleashed, I get it. Marketing is all about taking small steps and trying stuff out. Don’t worry, you’re safe with me.

And if you are concerned that standing for something means denying something else, I get that too. Time was making a decision meant choosing, this or that. Choosing meant saying yes to something and no to something else. Nowadays, we want to say yes to both things and it’s harder for us I think than ever before to close a door on something. We say we’ll go to a party, but in the back of our mind we are perfectly capable of changing our mind if something better comes up.

OK, so I hope that’s helpful. I’m going to write again, about conversions and how to move people from visiting your website to actually paying you money for something, and then you’ll have everything you need: traffic, leadership and conversion.

PS. I absolutely want to hear your thoughts, so if I’ve shifted anything for you (or not) please do just comment below and let me know what you think. I really appreciate it.